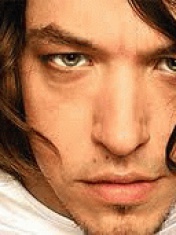 The official date of the creation of the "Dances minus" group is April 1, 1993. However, there is evidence that Vyacheslav Petkun went on stage with the musicians under this name on May 8, 1994 in St. Petersburg. And already next year the group moved to Moscow, where it actively performs with concerts.

The musicians of the two capitals, led by the soloist, released their debut album in 1998, called the disc "10 drops".

The song "City" brought significant success to the group, namely its release in 1999 in the album "Collection of completely different music U1". "Dances minus" shoot the first videos for the songs "City" and "Flowers are Blooming". But the group did not have time to gain real popularity, as in the fall of 2001 Vyacheslav Petkun announced the disbandment of the group, but either it was an advertising move, or it happened in the heat of the moment, however, the statement was soon forgotten, since on December 10, 2001 the album “Losing shadow". The group begins performing at "Christmas Meetings", thanks to the collaboration of Vyacheslav Petkun and Alla Pugacheva.

However, real fame came to the soloist and the group in 2002, after Petkun became a TV presenter on STS, and also began to play the role of Quasimodo in the Russian version of the musical Notre-dame de Paris.

Of course, there was no time left for the band, and soon it was decided to fix it: in November 2003, a collection of the best songs "Best" was released, and work began on a new album. Until the release of the next album in May 2006, which is called "... EYU.," The group actively toured. In August of the same year, another collection of hits "From A to Z" was released.

The composition of the group by this time already differed from the initial one, but the changes in 2006 were global: instead of the guitarist Igor Shcherbakov, Alexander Mishin - an acoustic guitar and Anton Khabibulin - an electric guitar came. The next year, a new drummer appeared: Oleg Zanin.