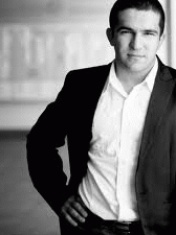 Bakhtiyar Aliyev (Bahh Tee) was born on October 5, 1988 in Moscow. Already at the age of 9, he began to compose the first poems, which he rhymed first in Azerbaijani and Turkish, and only then in Russian. Bakhtiyar's childhood passed in constant moving, until in 2000 his family finally settled in Moscow.
Bakhtiyar studied well at school and in 2004 graduated from school as an external student, at that time he was 15 years old. After graduating from school, he is in no hurry to enter the university, deciding that he still has time in stock, and goes to work for personal reasons.
One day, watching the "Star Factory-4", Bakhtiyar decides to try to write a song. From that day on, his life is closely associated with music, because, as the author-performer himself admits, not a day has passed since then that he did not write at least some line.
At the end of 2005 Bahh Tee together with his friend created the group TEESHINA and in January 2006 recorded the first song "Single", then "Guilty without guilt", "This is just the beginning", and "For a hand", which became quite famous. It was with her that the TEESHINA group became the finalist of the Coffee Grinder 2006 and Urbania Urbansound 2006 festivals, in the same year they took part in the TV project "Making Kids" on MTV together with gr. Ranetki and 5sta Family. It was necessary to continue education - Bakhtiyar understood this, and in 2006 he entered the Moscow Department of the Ministry of Internal Affairs of Russia, at the faculty of training forensic experts. And since the fall of 2006 he has already taken up solo work under the pseudonym Bahh Tee, although training and service in a military university, of course, took almost all of his time.
In the life of any person, there are turning points, and in the life of the artist there were some shocks, after which, being in an emotional shock, he writes the song "You are not worth me" in literally 15 minutes "at a boring lecture", without even realizing how much it is will change his life. While recording this song, Bakhtiyar was constantly dissatisfied with the result. After trying a bunch of expensive studios, he settles on a home studio version of a song. With this song, a new round in the work of the future artist begins.
As Bahh Tee says, “while I write, I breathe” (from the song PRAYER). This phrase fully describes him as a person and. creative unit. This is evidenced by the author's fruitfulness.
So, in 2010, such mini-albums as "Angel" (Jan), "Out of habit" (May), "I remain myself" (Sept) were recorded and posted on the network, and a video for "You are not worth me "together with the Triad group. in 2011 - the album "Hands to the Cheeks" (Feb), the mini-album "Not Yours" (May) and the album "Autumn Blues" (Sep) Since 2011 Bahh Tee organized concerts for himself in Moscow, which were collected every time more and more people. In January it was 150 people, in March - 300, in May - 450, and in November already 700. In February 2011, he released the video "You are not worth me", which made a splash and is now one of the most viewed on yotube. They didn’t want to put the video on rotation just because it’s “non-format”, but it found its life on the Internet. It has been watched over 10 million times.
In September 2011, the video "Only mom is worthy of love" was released, which also did not leave millions of people indifferent and hit the top, on the first day the video was watched by 300,000 people, who were also not taken by music channels.
But Bahh Tee did not stop and in August 2011 the first visiting concert took place in Nalchik, where 700 people gathered, after which the artist began an active tour of Russia and neighboring countries. From the end of September 2011 to the end of 2011, 26 concerts were held, which were attended by tens of thousands of people. Now the artist has one of the largest and most active fan clubs, and the amount of views of his videos is already more than 25 million.
In June 2011, Bakhtiyar graduated with honors and graduated with two honors from the MosU of the Ministry of Internal Affairs of Russia, but, prioritizing creative life, leaves the service, devoting himself to music. In parallel, he continues his correspondence course at RUDN University.
In March 2012, Bahh Tee released a new video for the song "I Probably", created in collaboration with London sound producers "SoundExtra", which finally gets into the rotation of all popular music channels and is actively supported by various radio stations.
On June 1, 2012, Children's Day, Bahh Tee is posting on its page a new video for the song "Lights went out in the metropolis", which was recorded and filmed specifically for the Internet.