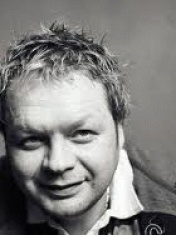 The leader of the Soviet-Russian group "Bakhyt-kompot" is Vadim Stepantsov, who was born in 1960 in the Tula region. It may surprise many that he graduated from the 3 courses of the Moscow Technological Institute of the Meat and Dairy Industry, as well as with honors from the Literary Institute. M. Gorky.

No less surprising is the fact that Stepantsov is a member of the Union of Russian Writers. But if he was trained in the art of words, then he did not receive a musical education at all. However, a couple of years before receiving such an honorary title, namely in 1989, Stepantsov, together with Konstanten Grigoriev, created the Bakhyt-Kompot group. The very next year they recorded their debut album called "Sour" and released it in 1991. The main hits have already been written by two poets during their trip to Lake Balkhash: "A girl named Bibigul", "Anarchist", "Drunken, rumpled pioneer leader".

Further, the composition of the group is constantly changing, only Stepantsov is the stronghold of the group. Despite this turnover, "Bakhyt-kompot" releases a new disc almost every year. In total, the band's discography includes 16 albums, the last of which - "Reload 2011" - was released, respectively, in 2011.