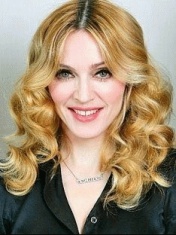 The main quality of Madonna Louise Veronica Ciccone is the ability to feel the spirit of the times and remain relevant at every moment, now and then running ahead of the musical locomotive of history. It was this flair that eventually led the daughter of poor provincial immigrants from Italy and Canada to the title of the main pop star of the turn of the century and the most successful woman in the music world. In the eighties, Madonna looked quite organically in the image of a disco diva: she performed unpretentious, but affectionate and well-arranged dancers and gradually shocked the audience with an image that was too sexy by the standards of those times. And although many rightly noted that the singer's choreographic training is much ahead of her vocal training, those who happened to work with Madonna (and the “best people” of the disco era like Nile Rodgers and Shep Pettibone often worked on her records) they have always noted her hard work, desire to develop and sobriety of mind: "When communicating with Madonna, it is impossible to get rid of the feeling that in front of you is not a pop star, but a successful business woman."

Fading into the past along with the eighties of the disco era did not bother Madonna at all. On the albums "Erotica" and "Bedtime Stories" she became more serious, began to experiment with hip-hop rhythms and even once invited Bjork to co-authors. In an effort to more actively control business processes, Madonna launched her own label Maverick (which she had to sell to one of her partners, Warner Music, 12 years later). The best in her career as a singer was the disc "Ray of Light", published in 1998. With the help of producer William Orbit, Madonna this time appeared in electronic attire, at the same time slightly reducing the degree of shocking and adding to the melody. The singer recorded the next two discs together with a young and, in fact, unknown producer Mirwais. And if the album "Music" was a success, even if it did not repeat the result of "Ray of Light", then the disc "American Life" was quite controversial. The disc was criticized for poor arrangements and unpatriotic anti-American lyrics, and the circulation of the disc turned out to be record low.

Madonna restored the lost positions, returning to their original positions. On Confessions on the Dance Floor we again heard disco, pretty modernized by producer Stuart Price. Completing the picture was a sample from an ABBA song that sounded in "Hung Up" (usually intractable Swedes made an exception for the star and gave permission to use the fragment), as well as a performance of Donna Summer's hit "I Feel Love" during the tour. It would seem that they are not looking for good from the good, but Madonna desperately did not sit still. The next album "Hard Candy" showed another change of course. Disco replaced R&B, and Stuart Price - the trendy, but little by little Timbaland. Madonna missed again. Sales, even worse than American Life, could be attributed to the crisis in the audio industry, but this time, the singer seems to have changed her instincts. Disc "Hard Candy" has completed a contract with Warner Brothers, and for the next 10 years Madonna formalized a relationship with Live Nation.

In terms of the number of awards and prizes, Madonna is one of the leading places in pop music. She has nine Grammys, four of which were received for the album "Ray of Light". The singer was twice awarded an Oscar for Best Song for a Motion Picture. These awards earned her "Sooner or Later" from the movie "Dick Tracy" and "You Must Love Me" from the musical "Evita", which also earned her a Golden Globe. Madonna has 12 multi-platinum albums (only Barbra Streisand has more), in addition, she holds the absolute record for the number of singles that hit the top ten of the American charts (37 at the beginning of 2010). Twice Madonna received awards from the BRIT Awards jury, and she has accumulated twenty MTV Video Music Awards.

04:30
What It Feels Like For A Girl
Каково это - быть девчонкой

This used to be my playground