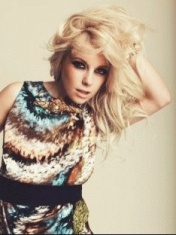 Eighttecostal electropop with a solo girl finally established itself at the end of the 2000s in the status of the most important of the arts, and gave rise to a whole galaxy of performers and bands storming charts and radio broadcasts. Against the background of her colleagues, Victoria Christina Hesketh, aka Little Boots (a girl with a foot size and really did not come out) stood out in that she positioned herself not as a performer and media person, but as a musician. This pretty blonde composed songs herself, and at concerts she not only sang and flaunted outfits, but also played numerous electronic instruments, including the exotic Japanese tenori-on. Victoria made friends with the disco retrogrades Heartbreak, among her heroes she called Kraftwerk, Human League and even Patrick Cowley, showing erudition and breadth of tastes, and earned her popularity by flooding social networks and video services with her own cover versions of famous pop hits.

In 2009, Little Boots released their debut album, recorded with the participation of a whole team of renowned producers. On the song "Symmetry" Victoria even sang a duet with her idol Phil Oakey from the Human League. The disc received rave press: it was called a massive pop album and was compared to Lily Allen, Girls Aloud and Lady Gaga. Britain's NME went even further, claiming that Little Boots has given the world an inspiring success story. However, sales of the record left much to be desired. Having risen to the 5th line of the British charts, "Hands" plummeted downward. The situation was partially saved by the success of the single "Remedy", which was produced by RedOne, who had a hand in Lady Gaga's action films "Just Dance" and "Poker Face". At first, Victoria was not enthusiastic about this prospect (the producer was strongly recommended by the release company), but as a result she gave up, and a hit was made. The music video, on the other hand, appealed to the singer: “This is a much more conceptual and expressive work than the video for the song“ New In Town ”, praising Little Boots for the work of director David Wilson.