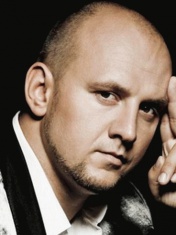 Was born on May 8, 1981 in Kiev. His mother, Lyudmila Anatolyevna, is the world champion in scuba diving in the relay race, now a children's swimming coach. Father - Andrei Alekseevich, a military man. Since childhood, Potap has led a very active and turbulent life. He went in for swimming, then - water polo and achieved the title of master of sports. It took all his free time from study, but despite this, Alyosha was good at, for all the years of study he had only 3 triples.

Until the 4th grade, he studied at school 105, from the 5th grade at school 141 in Kiev. Has two higher educations - a physical education teacher and a water polo and swimming coach (National University of Physical Education and Sports of Ukraine); Master of Science in Economics, Entrepreneurship and Auditing (National University of Economics). He began to study music at school. He wrote lyrics, recorded his own compositions, played in the KVN team at the university.

In 2006 he created the duet "Potap and Nastya", in which Alexey acts as a producer, performer, author of lyrics and music, director and scriptwriter of clips. A year later he became a laureate of the festival "New songs about the main thing" as the author of the hit "Not a couple".
At the III All-Russian competition "5 stars" in 2007, the duet became the winner and was awarded the opportunity to sing the anthem of the 2014 Olympics, which will be held in Sochi [1]. "Potap and Nastya" are winners of various music festivals and winners of numerous awards, including "Song of the Year", "Golden Gramophone", "Muz-TV Prize", "Sharmanka", "RU.TV"; participants of the festival "Tavria Games", the International Music Festival in Yalta "Crimea Music Fest".
In 2011, Potap wrote the song "Freaks" especially for the official soundtrack of the comedy blockbuster of the same name. The composition performed by the duet "Potap and Nastya" and the video for the song "Freaks" became the flagship of the film's promotional campaign.

At the moment Potap runs his own production center MOZGI Entertainment. He is producing the Potap solo project, within which he works as a host and showman. He is the author of songs performed together with the group "Time and Glass". He is a producer of all projects of the production center "MOZGI Entertainment", as well as a songwriter, director and screenwriter of all clips of these projects.