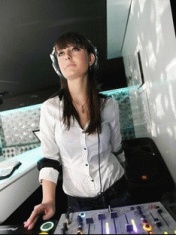 Dance chart supernova Vika Jigulina is our compatriot. She was born and graduated from a music school in Moscow, and then in 2000 went to study in the Romanian city of Timisoara. Here she got acquainted with dance music and became interested in mixing records. Vika's career developed rapidly: she quickly became a resident of the "Discoland" club, after which she moved to Bucharest and after a short time was already known to the Romanian club youth as a fashionable DJ and producer. Mixes of Vika Zhigulina were constantly played on DEEA radio, which helped her to become famous throughout the country and start an active concert activity.

The track "Stereo Love", recorded together with the young (but very prolific - he worked, in particular, with the famous group Akcent and Marius Nedelku) composer Edward Maya, became Zhigulina's debut as a vocalist and at the same time made her famous outside Romania - the song reached number 1 on the French and Danish charts.

"Stereo Love" is a real soundtrack to a holiday romance. Unobtrusively playful words about love, an elastic dance rhythm and a simple but tenacious melody create an excellent background for a romantic acquaintance in the most fashionable nightclub on the shore of the warm sea. Accordion sounds give the song an unusual setting. Thanks to them, you can hear something in between Russian folk harmonies and French chanson (in a good sense of the word). Despite Vika Zhigulina's rather noticeable Russian accent, the song sounds quite fresh, so it is not surprising that it hit the top 5 of various charts in several countries at once.