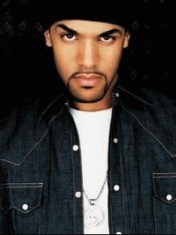 Craig David became known to the general public in the late nineties. Then he was one of the many vocalists who worked with the successful UK-garage collective Artful Dodger. Their most famous single was the track "Re-Rewind", which reached # 2 in the UK charts. In 2000, the singer decided to start a solo career. For the recording of his debut album, Craig brought in one of the Arftul Dodger members Mark Hill. Stylistically, Craig's music was reminiscent of R&B, slightly diluted with fashionable garage rhythms. Album "Born To Do It" debuted at # 1 on the UK charts, with a total circulation of over 8 million, making Craig David one of the most successful UK R&B artists of all time. Three singles from this disc, "Fill Me In", "7 Days" and "Walking Away", reached the top three in the UK charts, and "7 Days" also reached tenth in the United States.

Craig's further career developed not without success, but he has not yet repeated the result of the first releases. Singles "What's Your Flava?" and "Hidden Agenda" somehow squeezed into the second hundred of the American chart, after which America completely forgot about such a performer. At home, David, however, was constantly in sight. Album "Slicker Than Your Average" went double platinum in the United Kingdom, and Craig's fourth disc "Trust Me" was certified gold. The singer's singles also regularly appeared in the charts. "Rise & Fall", performed by a duet with Sting (Sting), almost reached the top, and a relatively recent success was the track "Hot Stuff (Let's Dance)" (7th place in the UK). In 2008, Craig David released the greatest hits compilation "Greatest Hits" (from there were released two new singles "Where's Your Love" and "Insomnia"), which marked the end of the artist's contract with Warner Bros. David's fifth disc entitled "Signed Sealed Delivered" has already been released by Universal.