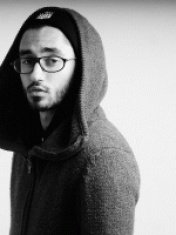 Russian rap artist, ex-member of the Soul Kitchen project, since 2013 an artist of the Black Star Inc. Matvey Melnikov is better known for wide publicity under the stage name Mot. Matvey was born in Krymsk. At the age of five, he moved to Krasnodar with his family. After the 9th grade, he came to Moscow. Then his passion for hip-hop began, at the same time he was engaged in singing and dancing. After graduating from school with a gold medal, Melnikov entered Moscow State University with a degree in economist-manager. In 2012 he defended his diploma and entered graduate school. In 2006, Matvey Melnikov first came to the recording studio GLSS, later (in May 2011) he became its official artist. In 2009, Melnikov took part in the "Battle for Respect" competition, where among 2000 participants he got into TOP 40. There, on the advice of Legalize, he changed his nickname BthaMoT2bdabot to Mot. In 2011, Mot performed in Luzhniki at the First International Hip-Hop Summit, where, in addition to famous Russian rappers, foreign performers came: the Onyx and Raekwon group. Mota's debut album was released in January 2011 and was named Remote. The producers were Mikkey Vall, Sinima, lvsngh and others. The album contained 12 tracks, only one of which ("Cats and Mice") was recorded together with musician Ilya Kireev. In September 2011, a video for the song "Millions of Stars" was presented.