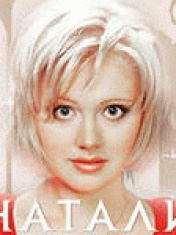 Natalie was born in the city of Dzerzhinsk, Nizhny Novgorod region. Already in elementary school, Natasha is fond of music, sings well, independently learns to play the guitar and enters a music school for the piano class.

In 1990, Natasha's bright artistic qualities were noticed and appreciated by filmmakers from Leningrad, who shot a documentary-publicistic film dedicated to the 60th anniversary of Dzerzhinsk. They invite her to the main role, and Natasha more than justifies the hopes placed on her.
The next year, her passion for music gives new positive results: Natasha becomes a soloist of the "Chocolate Bar" group.

In addition to music and singing, Natasha liked to tinker with junior pupils at school, and some time after graduating from a pedagogical school, a young primary school teacher, Natalya Anatolyevna, entered the classroom of one of the schools in her native city.

In 1992, the newly minted teacher was invited to the Pop Galaxy group. Work is underway on recording a joint album "Star Rain" with the group.
After a year of work at school, she decides to radically change her destiny and leaves for Moscow. In 1994 she released her first CD-album with the romantic title "The Little Mermaid", in which she acts as a performer and author of almost all songs.

A little later, the second full-length album "Snow Rose" appears, and on the screens - the very first, very beautiful fairy-tale video for his title song. Now Natalie has become recognizable, loved and desired.

Natalie's real popularity comes in 1998 with the super hit "The Wind Was Blowing from the Sea" and the album of the same name.

In 1999, the success was consolidated with the next album "Counting".

The album "First Love" was already eagerly awaited. His appearance in early September 2000 was a real event for true connoisseurs of the singer's creativity.

In 2004, the long-awaited album "Everything I Need" is released with 14 songs and three clips

Several years after the release of the album "All I Need" (2004), the singer Natalie is still loved and unique for her fans and admirers. She continues her creative activity. In early December 2009, another official album of the singer with the romantic title "Seventeen Moments of Love" was released. The album includes such previously known songs to fans as "I love you," Turn on love "," First ray "," Do not take away my happiness. "Also, thanks to the new release, listeners got acquainted with new songs that had not been released before:" Either yes or no "," Love me "," Sad stories "," For goodbye "," For a second "," Like this. "