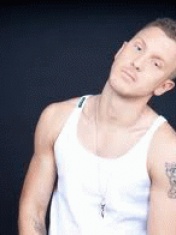 The artist's career began in 2009 after the release of the song "To the bottom", which became one of the most listened to musical compositions on the Russian-language Internet in 2009-2010. The debut video clip received over 500,000 views on YouTube, and the song received over 50,000 additions to the playlists of the Vkontakte social network.
In 2010, the track "Above the Earth" followed, which T-killah performed in a duet with the popular singer Nastya Kochetkova. This composition brought the artist wide popularity. The track got into active radio rotation, and the video was aired on major music channels. The video was filmed in the Spanish city of Alicante, where an unpleasant story happened to the artists: they were robbed right on the set. Passports and expensive musical equipment were stolen from the artists.
Also in 2010, a video was released for the song "Radio", performed together with the popular TV presenter Masha Malinovskaya. The premiere of the video took place on February 25 at the birthday party of the socialite and received positive feedback from colleagues from show business.
In 2011, T-killah released two more duos with show business stars. In the summer of 2011, the song “Don't Forget” was released, which T-killah performed together with the host of the TV project “House 2” Olga Buzova. The premiere of the song took place on the air of TNT TV channel in the final of the beauty contest "House 2". The video for the song was filmed on a beach in Los Angeles. The clip got into the rotation of the MTV, Muz, M1-Ukraine TV channels.
In autumn 2011 the premiere of the song "Come Back" took place. The lyrical composition "Come Back" was one of the last works of Oleg Mironov, producer of the groups "23:45", "5sta family" and singer Loya, together with whom the song was performed. The composition became a hit on radio broadcasts and a leader among Russian-language songs in October 2011. In November 2011, the video clip of the same name premiered. Loya herself was unable to take part in the filming due to the death of Oleg Mironov, but, nevertheless, T-Killah decided to continue the work on the video, begun by the famous producer, and bring to the end his ideas for the duet "Come Back".
In addition to solo songs and duets with famous performers, T-killah also managed to make two cover versions of already well-known hits. In March 2011, it was the track "I Love Rock'n'Roll", originally recorded by "the Arrows", but later covered many times by other artists, including Britney Spears. It was Britney's version that was reintroduced by T-killah. The presentation of the song was prepared in collaboration with Sony Music, which offered to do a T-killah cover of one of the singer's old hits in honor of the release of Britney Spears' new album Famme Fatale.
In December 2011, T-killah also performed a cover of the hit "Best Songs" by DJ Smash. Alexander was very flattered that DJ Smash invited him to cover his own track, and approached the work on it very seriously. As a result, the famous composition performed by T-killah sounded in a completely new way: new guitar parts were recorded, all instruments and arrangements became live. In addition, the rapper came up with a new verse for the song, composed of lines from famous hits DJ Smash. Smash himself was pleased with the work of the young musician.