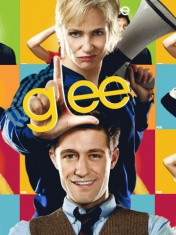 Corey Monteith was born on May 11, 1982 in Calgary, Alberta, Canada and raised in Victoria, British Columbia. Parents divorced when Corey was seven years old and he lived with his mother. He dropped out of school after eighth grade and never went to college. The actor lived in Los Angeles.

In January 2012, Corey confirmed that he was dating Glee co-star Leah Michele.
Career

Since 2004, Monteith has played about 30 roles in film and television. He has appeared in Stargate Atlantis, Stargate SG-1, Supernatural, Smallville, Kyle XY, Flash Gordon, Destination 3, White Noise 2 : Radiance "," Invisible "," Beast "and others.

The actor became widely known for the role of a member of the football team and the soloist of the school choir Finn Hudson in the popular Ryan Murphy series "The Glee", which he played since 2009.
Social activity

In June 2011, Monteith joined actors Josh Hutcherson and Evan Jojia and became the face of the "Straight But Not Narrow" campaign to combat homophobia and increase tolerance for sexual minorities among heterosexual teens.
Death

On July 13, 2013, Monteith was found dead at the Pacific Rim Hotel in Vancouver. The cause of death has not yet been established, but the hypothesized version is a drug overdose. Three months before his death, Monteith went to a rehabilitation center to get rid of drug addiction.