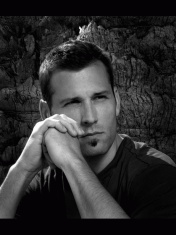 The famous now American DJ Kaskade was born in Chicago in 1972, but when he turned 20, he moved to Salt Lake City, where he became the owner of the disc store Mechinized Records. However, his love of changing places and music is doing its job: in 2000, then Ryan just started working at Om Records as an assistant, where he was looking for new artists. This is related to his move to San Francisco.

Apparently, this atmosphere has a beneficial effect on him, and also pushes him to new achievements: in 2001 Ryan records his debut single "What I Say". At that time he was 29 years old.

After leaving Om Records, Kaskade recorded albums one after the other: Strobelite Seduction in 2008, Dynasty in 2010 and Fire & Ice in 2011.