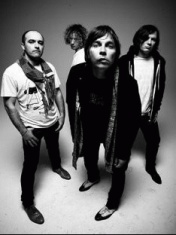 One of the most successful Russian pop-rock groups, Mumiy Troll was formed in 1981 in Vladivostok. The name of the team comes from the children's stories of the Finnish writer Tove Jansson, where mummy trolls are the main characters.

The musicians started in the last years of the Soviet Union and at first played garage rock without any special pretensions. Later, when the climate began to promote the spread of rock music, Mumiy Troll became a very popular group in their hometown.

After some time, the leader of the group, Ilya Lagutenko, went to China, and later to England - at this time the group suspended its activities. But later the team was reunited and in 1997 released the successful album "Sea" in all plans. Melodic hard rock, combined with Lagutenko's confused and non-trivial vocals and androgynous stage image, looked new and promising. The next disc "Ikra" was released just seven months later and continued the "Sea" line, consolidating its own style and wide popular love for the group.

In 2001, Mumiy Troll represented Russia at the Eurovision Song Contest and took 12th place. Since then, the group is widely loved not only in Russia - a huge number of its fans live in Scandinavia.

In 2007, the band marked the resumption of activity by recording a song Scorpio Rising with Brett Anderson (Suede), and the logical release of a new album called "Amba".