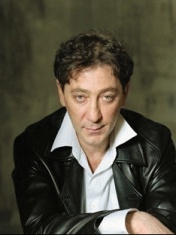 
Grigory Leps was born in 1962 in the city of Sochi, in the family of a meat processing plant worker and a bakery worker. In his youth, he was more interested in football and drums than studying at school, and after serving in the army, Gregory began playing in rock bands and performing in restaurants. By the age of 30, Leps decided to move to Moscow to develop his creative abilities, which did not welcome him very hospitably - the singer, according to him, had problems with drugs and alcohol. The singer watched the video for his first hit "Natalie" from a hospital bed and henceforth decided to lead a healthier lifestyle, although "daring revelry" and Russian fatalism remained the main themes of his songs.

In 1995 the album "God bless you" was released, followed by other recordings, growing popularity. In Moscow, Grigory met his second wife, and although his life was not cloudless (the singer had to undergo throat surgery), Leps was able to continue his artistic career. In 2002, the album "On the Strings of the Rain" was released, containing his hits "A Glass of Vodka on the Table" and "I Believe, I Will Wait". In 2004, Leps aimed at great things - he recorded the album "Parus", consisting of songs by Vladimir Vysotsky. "Parus" became a worthy musical tribute to the great bard. In 2005, Grigory Leps released the album "Selected ... 10 Years", covering the Moscow period of the artist's work.

Despite recent hospitalizations with bronchitis and stomach ulcers, Leps does not stop active creative and concert activities. He is known for his characteristic growling voice timbre and open stage manner, he defines his work as "a mixture of pop song and rock." Gregory is married to a ballerina from the stage ballet Laima Vaikule, he has three daughters (two from his first marriage), one of whom lives in the UK.