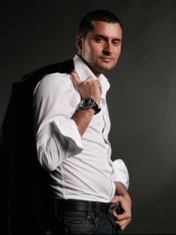 Irakli Pirtskhalava showed unprecedented dedication on the way to his dream of the stage, but the result today is not exactly enchanting: the artist has two albums, three or four hits, but there is no confidence that he will not be forgotten the next day after as a PR manager will stop sending secular news about Irakli.

The singer was born on September 13, 1977 in a Moscow Georgian family. His mother raised him. Irakli changed five schools, was seriously involved in football, and then became interested in hip-hop and thought about a musical career.

The first relative fame overtook him as part of the "Tet-a-tete" group. However, this boy band quickly left the race, leaving almost no memory of themselves. For several years Pirtskhalava was involved in organizing R & B parties, but did not give up the dream of singing on stage himself. To implement this plan, he passed the casting of "Star Factory-2" and was among the wards of Maxim Fadeev. The producer promised each of his "manufacturers" to write an album, but physically failed to fulfill the promise. Nevertheless, Irakli got the solo disc - in 2004 the album "London-Paris" was released. By this time, in addition to the title hit, he had a weak, but devastated song "Vova-Chuma" and the composition "Time" in his store from factory times.

Since Fadeev has little time, and Pirtskhalava himself does not write songs, the trajectory of his musical career depends entirely on the productivity of the producer. In 2005, Maxim offered Irakli the song "A Drop of Absinthe", similar to all Fadeev's hits, but that did not become less affectionate. By 2009, he had amassed enough tracks for his second long-playing album, Take a Step. In parallel, the artist participated in "Dancing with the Stars", tried himself as a TV presenter on a cable channel and led an active social life.