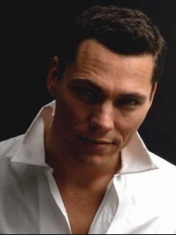 
Theis Vervest's DJ career began when he was a teenager. Then the Dutchman played acid house and the then fashionable new beat in the Benelux. The first compositions of their own were published in 1994, and they were extremely far from the melodic trance with which Tiesto is usually associated. Then Theis, hiding under the names Da Joker, Tom Ace and DJ Limited, published the hard gabber, which was then popular in the Netherlands. Towards the end of the decade, Vervest switches to a more melodic sound: he founds his own label Black Hole and participates in many projects, the most notable of which is a duet with Ferry Corsten called Goyrella. Tice's path to pop star status begins in 1999. He launches an annual series of trance mixes "In Search of Sunrise", becomes a resident of the Gatecrasher club, and also decides to concentrate on solo musical creativity. From now on, Tiesto, both as a musician and as a DJ, prefers the melodic "stadium" trance in the image that was promoted in the mid-nineties by Paul Oakenfold and Paul Van Dyk.

In 2001, Tiesto's debut album "In My Memory" was released. The Dutchman regularly diluted the trance arrangements with vocals, inviting Jan Jonston and ex-Opus III vocalist Kirsty Hawkshaw for this role. Teiss's tracks hit the charts not only in their native Netherlands, but also in the UK. Tiesto was flooded with offers to record remixes: Sarah McLaughlan, Delerium, Moby, Paul Oakenfold and BT gave their tracks for remixing, who, in turn, appeared on the album "Just Be" in an unusual singing role. Many of the remixes Tiesto did specifically for his sets and did not publish on official releases, thus increasing the degree of "exclusivity" of the material that he played in clubs. In 2004, Tiesto became the first DJ to perform at the opening of the Olympic Games in Athens. The album "Parade of the Athletes" was released based on this performance. After that, Tiesto finally turned into a pop star: his sets all over the world collected stadiums. However, the trance was not eternal - having released four albums, the Dutchman decides to slightly update the sound. On the "Kaleidoscope" disc, trance is replaced by a more modern electro house. The list of guests is also changing - instead of the singers who roamed from one dance album to another, the voices of Nelly Furtado, Kele Okereke from Bloc Party and Jonsi from Sigur Ros sounded on "Kaleidoscope".