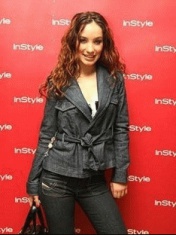 
Judging by the number of hit singles, Vika Daineko is currently the favorite ward of producer and composer Igor Matvienko. The latter indulges the singer with strong songs much more often than the Fabrika group and even more Roots, not to mention the rest of the artists who came from the Star Factory directly to Igor Matvienko's HRC.

In 2004, 17-year-old Vika became a member of the "Star Factory-5", headed by Alla Pugacheva. Daineko was not among the favorites of the Prima Donna, but one of the co-producers, Igor Matvienko, noticed her. Since then, the singer has regularly received good songs from him ("I'll just leave you right away," "The film is not about love," "Stop, where am I going," "Needle") and competent PR support, which included participation in various popular shows such as "Ice Age". In 2008, songs accumulated on the debut album, which is still the only one in Vicky Daineko's discography. In 2007 she voiced the panther Panti in the cartoon "Noah's Ark", which sings the Russian-language cover of the song "I Will Survive" according to the plot.

She twice participated in candid photo shoots for Playboy magazine.