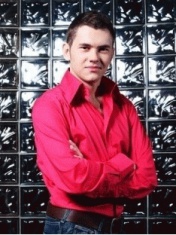 
Muscovite Leonid Rudenko is known in the West, perhaps even better than in Russia. His tracks regularly appear on the dance charts in Germany, France, Holland and even the United States, are featured in stadium DJ sets and are licensed by major labels such as Data Records, Hed Kandi and Ministry of Sound. Export Istria turned out to be even more successful than that of PPK: none of Rudenko's tracks covered the result of "Ressurection", however, unlike Polyakov and Pimenov, Leonid manages to shoot almost every single. ...

The very first release "Stardisease", published by Bestboy Media and Parachure Records in Germany and Holland, attracted the attention of the dance major Ministry of Sound, who included it in the compilation "Judgment Sundays - The True Sound Of Ibiza". The follow-up single "Summerfish" got into the official mix of DJ Tiesto, and for three months topped the chart of the online store Beatport, and the track "Everybody" was already signed by the mighty Data Records, where IIO, Eric Prydz, Deepest were released at different times Blue and Tomcraft. Although Rudenko's music was aimed straight at the dance floor, he regularly used vocals in the tracks, starting with the second single. It was, in fact, a calculated business move of the issuing company - initially, and "Summerfish" was instrumental. The choice of vocalists was also handled by the producers. In the same "Everybody" the voice of Kelly Barnes sounds, and in "Real Life" the Englishwoman Vicky Fee sings. “In my production there should be only one person from Russia - myself,” says Leonid, but it would be wrong to call him a consistent adherent of the Anglo-German club sound. The Eastern European roots in the song “Destination” (compare it with the hits of the Romanians Morandi) are easy to guess.