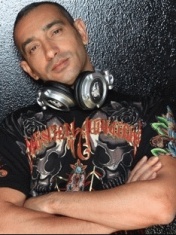 BenDj, a popular Italian turntable maker, was born in Tunisia. It was always easy for him to find a common language with those around him, and he had two passions in his life: to travel and to entertain everyone. Having traveled the world, he found that his DJ career would help him to amuse as many people as possible, which brought him to Milan in 1998. BenDj settled there very quickly and soon became widely known in the north of Italy, playing 150 sets a year. His positive and funny dance mixes have always found a lively response from the audience.

At one of the performances in 2006, he was noticed by venerable Italian promoters, and then Ben was recognized by the whole country. He has become a frequent guest in the most prestigious clubs, incl. in the famous Sardinian Billionaire.

At some point, Ben decided that it was time to start writing his own music. The DJ immediately decided that he didn't want to use samples of other people's works, and therefore he needed a good vocalist. After a short search, BenDj met a well-known R&B singer Sushy and immediately began to fruitfully cooperate with her.

Their first joint creation was the single "Me & Myself", released in 2008. Its luscious and bouncy electro sound, combined with Sushy's defiantly sexy vocals, instantly turned the track into one of the most popular club hits of the season. It took places in the top 5 dance charts in various countries, and a remix of it, made by Wolfghan Gartner (Wolfghan Gartner), managed to climb to 6 in the United States, on the Billboard chart. An expressive video directed by the music video maker Maki Gherzi played an important role in the popularity of the song. The unexpected angles in which the erotically dancing girls led by Sushy are captured in this video will not leave indifferent any living person.

BenDj and Sushy's collaboration was not limited to the song "Me & Myself". The artists continue to work together and so far have released two more singles - "Sorry" and "Smile".