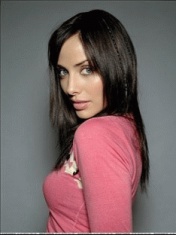 As a child, Natalie Imbruglia studied ballet and Scottish dancing, intending to make a career as a dancer. However, already at the age of 14, the singer's talent was discovered in her. When the teachers offered to "make a star out of her," Natalie proudly refused and at the age of 16 she began her career as an actress, starring in commercials and the Australian television series Neighbors (by the way, Kylie Minogue played in the same series. Having become famous in Australia as an actress, Natalie moved to London, where she spent time in nightclubs and lazed around as she could not get a work permit in England.When the money ran out, Imbruglia decided to try herself as a singer. The very first demo that Natalie made, very impressed the managers to RCA Records, who immediately signed a contract with her - after all, it was a recording of her future international hit Torn (oddly enough, Imbruglia is not the author of this song, first recorded by the Los Angeles band Ednaswap).

The single Torn was released in 1997 and immediately became a mega hit - in November 1997 it reached # 2 on the UK Singles Chart and remained on the Billboard Radio Singles Chart for 14 weeks. As a result, Torn in the Imbrulia version became one of the iconic songs of the 90s. Album Left of the Middle, released in December 1997, went platinum in four weeks, and Natalie quickly gained worldwide fame, which she still enjoys today. The singer's next album, White Lilies Island, was released in 2001. Its sales eventually exceeded a million, but did not come close to the success of the previous album - Left of the Middle has sold over 6 million copies to date. The album Counting Down The Days (2005) was more successful - it released the song Shiver, which again topped the charts. Counting Down The Days was ready back in 2003, but the album was delayed by two years, since Natalie parted ways with RCA Records, and the record was already released on Brightside.

In 2009, it became known that Brightside Recordings did not suit the singer, who decided to release the next recording on her own label called Malabar Records. However, the release of the album was again delayed - this time due to the fact that Chris Martin of Coldplay invited Natalie to work on a couple of tracks. “When Chris Martin calls you and offers to make two songs, you don’t think about the answer, but immediately say“ Yes! ” - declared Imbruglia. The album Come To Life, on which Coldplay did collaborate with Natalie, was released in October 2009 in Europe, with an official release in the United States scheduled for May 3, 2010.

In addition to her musical activities, Natalie, in 2004 ranked 6th in the list of "most beautiful women in the world", was a model for L'Oreal and Gap, starred in the films Johnny English and Closed for Winter, takes an active part in public campaigns against cancer. poverty and the production of fur products - in general, leads an active social and social life.

03:24
Counting Down The Days
Считаю дни