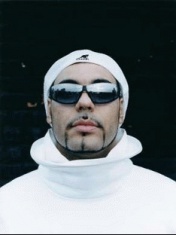 The son of immigrants from the Dominican Republic, Roger Sanchez, initially thought about a career as an architect, but on the advice of his father, he abandoned the university and concentrated on music. Since the early nineties, Sanchez has been an integral part of the New York house scene, quickly becoming not only a successful disc jockey, but also a musician's talents. Sanchez has released club singles on major labels DMC and Strictly Rhythm, and has occasionally received tempting offers to record remixes for pop artists. His services were used by Freddy Mercury, Michael and Janet Jackson, Jamiroquai and M-People. With the arrival of the 2000s, Roger began to appear frequently in Europe, where American house was in great demand. Together with Danny Tenaglia and David Morales, Roger became something of an unofficial ambassador for American club music in the old world. In the summer, Sanchez was a resident DJ in Ibiza, the rest of the time he sat in the studio or played records in large venues.

Mainstream success came to Roger Sanchez in 2001. The single "Another Chance" thundered far beyond the club space, reaching number one on the UK charts. Following this, Sanchez released a full-length album, "First Contact", where he also demonstrated his skills as a pop producer. In the American tribal house with a Latin American flavor, familiar to his earlier tracks, Sanchez added song structures that are understandable to the mass listener. The next disc was released only five years later. This was explained primarily by the fact that Sanchez, although he received massive recognition, never thought in terms of the pop industry. He continued to release dance twelve-inches, performed a lot as a DJ, and of course, recorded remixes. In this capacity, his status only increased: Roger worked on tracks Madonna (Madonna), Alicia Keys (Alicia Keys), Garbage, Robyn and No Doubt, for which he even received a Grammy remix. The release of the CD "Come With Me" once again took Sanchez's music out of the clubs on radio and TV: the singles "Turn on the Music" and "Lost" also became pop hits. On radio, Roger Sanchez also acts as the host of his own popular show. The number of listeners to his "Release Yourself" program has exceeded one million.