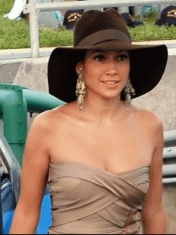 The singer, actress, dancer, choreographer, producer, clothing designer, model and part owner of the Miami Dolphins soccer team is not a woman, but a car. Jennifer still can't stop at one activity. With children and a new album just “jumped out of the oven”, with renewed vigor, is Jennifer ready to once again throw the world at her feet?

Jennifer Lynn Lopez was born on July 24, 1969 in the Bronx, a poor area of New York in a Puerto Rican family. Raised under the influence of street culture and concocted in every possible way a series and film career encouraged by her parents, Lopez turns to music. In the late nineties, J.Lo was considered almost a textbook example of how well media managers worked. It remains an open question whether Jennifer would have made her way to music stars of this magnitude if she had not had minimal film success behind her shoulders and well-thought-out flickering in other people's videos - for example, Janet Jackson. The main thing is to persistently support and weave everywhere a storyline about the hard life of emigrants in the Bronx, about overcoming difficulties, poverty and travel by public transport. It was the bus trip that gave the name to Jay Lo's debut disc “On The 6” (1999) - at this point it has recorded sales of 8 million copies worldwide. A strong pop album with a slight aftertaste of the Latin American version of soul, fashionable at that time, and branded dances in their own videos - the charts were conquered. The hit single “If You Had My Love” holds the first place for five weeks - the whole press comes up with a biography for it bit by bit. Another hit, “Waiting For Tonight,” in which Lopez marks the coming of the Millennium with a countdown in the video, gives her the hasty title of “21st Century Top Pop Singer”. Career is going uphill.

The main event of that period can be considered the girl's attendance at the Grammy ceremony. J.Lo appears on stage to present the prize in a dress that is about to fall. The singer is very relaxed, "Why? How did it hold on to you?" - hysterically shouted journalists on the red carpet, holding out microphones to her face. "Oh, I glued it on with mustache glue," Jennifer flirted. "A simple girl from Brooklyn", as in Mentos ad, easily finds a solution with the help of improvised means! Sensation!

By 2001, the demand for Latinos in music was greater than ever. Lopez records another solid album (“J.Lo”) with the same set of “three hits and a bonus”. However, by that time, the "simple girl" was already starting to throw jewelry and fur coats, walking in a bikini on the beach ("Love Don't Coast A Thing") - a great move to attract attention. In parallel, Jay Lo starred in films - in roles of varying degrees of success. Over the course of several years, Lopez managed to work with such masters as Oliver Stone, Francis Ford Coppola, Jack Nicholson, Sean Penn ... It is even more surprising that at that time J.Lo was the third, after Cameron Diaz and Julia Roberts, in the chart of the best young ladies in Hollywood and received 20 million for the film. Such an economic acumen can only be envied. And then she insures her ass for a million dollars - perhaps the most successful PR move in the history of the artist. "Don't even think about giving me exercises that reduce hip volume. I'm proud of them!" - the singer repeated to her coach more than once. Well, of course, for such and such insurance. As a result, Lopez's ass is guarded by 30 guards 24 hours a day.

In 2002, the music audience can no longer be lured by Latin American rhythms - this was proved by Ricky Martin and the Iglesias family business, who left the pop sky of that time. Boys with massive chains and their fighting girlfriends enter the main domain. J.Lo will not fall behind - here are the melodies in the style of arenbi and rappers read to the second third of each song, the timely album “This Is Me ... Then”. At that time, the artist's mention of her origin began to tire everyone. "Jenny from the Block". For too long she screamed at every corner "I'm an ordinary girl from the Bronx, my own in the board, I like to nibble seeds" (by the way, this is a true fact - Lopez herself said). But Jennifer, ordinary girls don't have million dollar butt insurance. The entire biography of the artist, in the end, boils down to a story about elaborated PR campaigns.

Then there were only not particularly interesting albums - both from a musical point of view, and from the outside, in fact, gossip and intrigue. Ben Affleck (after Pi Diddy) was released and soon replaced by Mark Anthony, with whom Jennifer celebrated the wedding and had two kids.

But in early 2010, the news blew up the media: the most commercially successful Latin American woman, according to Forbes magazine, is returning to music! Recovering from the birth of twins, Jennifer Lopez broke off a ten-year contract with Sony Epic Records and moved to an equally large and iconic office - Island De Jam - to record the ninth album. And even if it sounds cloudless enough, at the moment J. Lo is not doing as well as she would like. She certainly amused the audience gloriously by plopping on her famous ass during a live broadcast of the American Music Awards in late 2009 (her husband Mark Anthony's astonished look said, “wow, how elastic it bounces off the floor, I should try it at home!”) - but, despite the elegant ending of the number, this fall became a metaphor for a not-so-successful comeback yet.

Lopez's two new dance-pop singles "Fresh Out the Oven" and "Louboutins" (in honor of Christian Louboutin shoe lines) failed to boast wide popularity or great success in the charts, and playing an alter ego received disapproving reviews from critics. But with a new film out this spring and a new record label led by genius LAReid, JLo continues to give rave interviews and glorify the forthcoming album.

Lopez's film career continues along the way: recently, in the American sitcom How I Met Your Mother, she starred in a cameo role as a crazy woman who wrote the book That's why you're still not married, you silly slut. But Jennifer's own affairs, of course, are much better: already an adult intelligent woman, mother, wife. Everything that is happening to her now is of interest only to mature fans, most of whom are happy to see Lopez on the covers of Cosmopolitan and OK, go to melodramatic comedies and buy blouses with the JLo inscription.

However, do not belittle her merits. A beautiful and talented woman, J. Lo evokes unequivocal sympathy for her hard work and perseverance. And even if she sometimes moves her lips under the plywood, even if she loves romantic comedies to pink clouds and still (!) Continues to mention her origin - she still remains the same J.Lo from the 2000s, beloved and dear to the whole planet. New album, new label - what if it goes off?