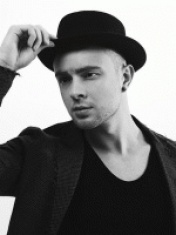 KReeD - Yegor Bulatkin, a young popular lyricist, musician from Moscow. Participant and winner of many Hip-Hop festivals and Battles. Many people confuse him with a Hip-Hop performer, but this is a bit different, Hip-Hop is divided into a large number of genres and styles. Egor performs in the "Lyrics" style. Was born on June 25, 1994 in the Russian city of Penza. For those who are wondering how old is Yegor Bulatkin - we answer: June 25, 2014 Yegor turned 20 years old.

He writes songs to his tracks independently. He recorded his first track back in 2005, at the age of 11, the song "Amnesia" was called, already at that time Yegor wrote the lyrics for his first song. Probably, the creative atmosphere of Yegor's family played an important role in his life. So KReeD from early childhood showed not a small interest in music, and his favorite toy was drum sticks.

At the moment he is professionally engaged in music.

Tracks performed together can be heard with such performers as: Bahh-Tee, Dima Kartashov, Polina Bulatkina and many others. Most of the videos were filmed in his hometown - Penza. Egor speaks openly about his creative plans in music, as for the topic of his personal life, he prefers not to touch on it.

In 2013 Timati becomes the producer of Creed.

KReeD has already started recording its new musical material at the studio under the direction of Timati.