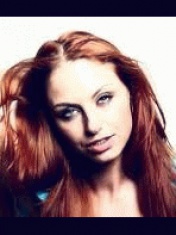 Success came to the group immediately after it had thought of correctly presenting its zest - the low voice of the soloist Irina Zabiyaka. The first hit "Summer" was launched in 2006 almost anonymously: no data, except for the name of the project, were reported to the public. The song was already being sung with might and main, but the intrigue of who sings it - a man or a woman - remained. Some even saw in "Chi-Li" the reincarnation of Organic Lady, a half-forgotten singer of the 90s with very low vocals. The question remained until the presentation of the debut album "Crime", where the guests were shown a striptease to the songs from the disc, then several dummy soloists were released, and only then the real vocalist Irina Zabiyaka was presented.

Prior to the release of Crime, the project of Sergei Karpov and Irina Zabiyaka gained fame in their native Kaliningrad (the group's early names were Scrim and Rio) and toured Poland with some success. At first Sergey was the soloist, but then it turned out that Irina's rare contralto combined with tenacious dance motives sounds more interesting. In 2005, "Chi-Li" felt a willingness to "take Moscow." Their material was considered interesting in the capital, but before publication Karpov was forced to rewrite the album more than ten times.

Such perseverance was rewarded: "Crime", in addition to "Summer", contained five more hits that blew up, if not dance floors, then a dull pop swamp. Irina's vocals seemed simply unreal in moments: the natural voice was amplified with the help of studio effects, and at concerts the most unique parts were drawn out thanks to Sergey's backing vocals. The band seems to have put the lion's share of their creative energy into a bright start. The next year after the debut album "Chi-Li" actually released a reissue of it with minor changes, and the next number disc, in the absence of the effect of surprise, did not please with bright melodies. But now the group lives the typical life of Russian pop stars, the main PR reasons for which are buying apartments and breaking cars, and by no means music news.