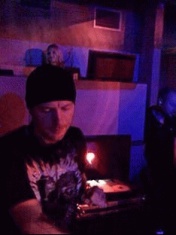 Eric Prydz found himself in the public eye in 2004 with the release of the single "Call On Me". As is often the case with dance producers, this single, to put it mildly, was not a debut single for Pryds. His discography previously consisted of more than a dozen vinyl records under various names. These recordings had some success on dance floors, but they did not get out of the scope of music intended exclusively for clubs.

In 2003 Eric recorded the track "Call On Me", which is based on a sample from Steve Winwood's old pop hit "Valerie". According to Eric himself, he recorded this thing more for fun, to entertain his Stockholm friends at parties, and did not even plan to publish it. But the record became a local hit and soon caught the attention of British label Data Records, a division of the dance major Ministry of Sound.

Here, according to the laws of the genre, there should be a story with a painful settlement of legal issues with the author of the original samples, but this time things were different. Winwood, who heard the remix while still in the "white label" stage, was so delighted with the new version that he not only gave permission to use the original, but also specially sang the necessary fragments so that it would be easier for Eric to insert them into the remix.

Soon, the single began to climb the hit lists of various states and as a result achieved absolutely phenomenal success - two and a half million copies sold and first places in the charts of the United Kingdom, Germany, France, Austria, Norway, Sweden and Ireland. The take-off was simply explained - Pridz was indeed a very talented producer and had an excellent groove feel, but for mass success his tracks lacked one thing - recognition. And here the participation of Steve Winwood played a decisive role. The corny pop singers from the eighties turned out to have a lot to learn.

Eric was not at all against such a turn of events (“Call On Me” made him one of the most demanded DJs on the planet), but he was not torn to become a pop star and continued to bend his line - to publish discs with club music. Prydz opened several labels at once: on Pryda he released emotional and sublime uplifters for sick venues, on Mouseville he experimented with techno and promoted his side project Cirez D.

The next big hit was the remix again. This time, not everyone's forgotten hit was used, but a pop classic: Pink Floyd "Another Brick In The Wall". The track, titled "Proper Education" and credited with the authorship of the wonderful duo Eric Prydz vs Floyd, was originally released on Pryda, but also hit the Data Records clip and soon also thundered in the charts. In the UK, the track nearly reached the top, but in the US it topped the Billboard Hot Airplay chart. Two years later, the hit was even nominated for a Grammy, but Prydz did not receive this award.

Thus, the Swede managed to throw off the “one hit wonder” label, but Prizd's own tracks, unlike remixes, explicit or implicit, still stubbornly did not shoot outside the club space. The breakthrough had to wait two more years. This time the song “Pjanoo” hit the charts - a nostalgic greeting to the “piano house” of the early nineties. Prydz's piano riffs included a bouncy, modern rhythm section and a video clip about cowboys and Indians, resulting in another bestseller.

The author himself, as usual, accepted the success calmly: "Actually, I wrote this composition in 1996, but for some reason then nobody liked it." As it turned out, an interesting story happened here. Having found an old track in the archives, Prids decided to play it in one of the sets. Some of the fans filmed this episode on camera and uploaded the video to YouTube. A heated discussion immediately developed around the unidentified hit, after which Eric had only to release the disc officially. "Pjanoo" went to the people not just in the form of a radio hit: the track got into the voice acting of the jingle of the dance programs of BBC Radio One, entered the soundtrack for the game "Grand Theft Auto: The Ballad of Gay Tony" (there it is played by the fictional radio station Vladivostok FM), and was even used in the popular "DJ Hero" toy.