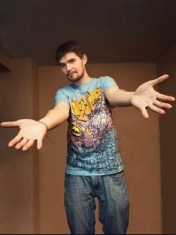 Gained fame for its numerous Lo-Fi compositions (short for low fidelity - a style of music that is characterized by low sound quality. Many lo-fi bands record their music on cheap cassette recorders. This is a kind of protest that is inherent in alternative rock. )

The musician posted his songs on the Internet, and also released several singles - "Summer in the capital", "Song for the radio", "Behind a closed door" and "Exhale". Music Noize MC combines features of several styles. The artist himself described his work as "modern urban music at the intersection of hip-hop, grunge, punk, reggae and breakbeat."